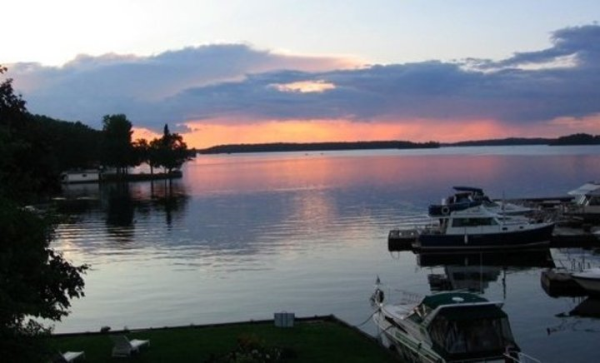 Being born and raised on the Big Rideau Lake, you take for granted that everyone in the world must know how amazing it is. Who on the planet does not realize what a treasure lays in the triangle between Portland, Poonamalie, and the Narrow's lock? As it turns out, not only is our treasure a huge secret for most people around the world, it also is in many ways still a mystery to those of us fortunate enough to call her home (year round or seasonally). Whether you are a cottager, year round resident, or boater, there may be some interesting things you don't know about the Big Rideau Lake. From the diverse types of vegetation, water depths and areas, hidden treasures above and below the surface, old stories, and surprising facts, there are many things I know, and numerous more I am sure that I don't. Let's run through a few here...and please, correct me if my facts seem off base!

This is just scratching the surface of some of the many amazing things that make the Big Rideau Lake the place that we all love. I will dive into Grindstone Island, Bass fishing, Rideau Ferry and other details in the next post. Do you have any interesting stories, tidbits, facts, etc. about our lake? Post them here or send them my way and I will get them up for others to see.

If you aren't spending time on the Big Rideau, why not? Come say hello, you may never leave. I know I never will.